The Spanish Inquisition of 2001 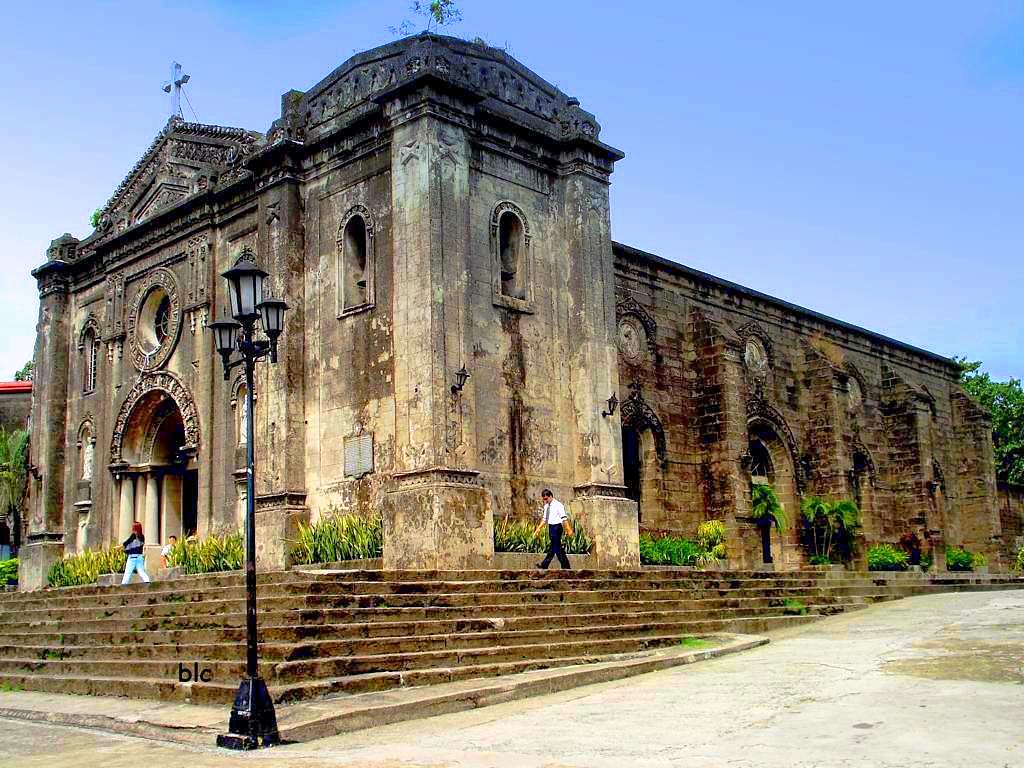 Start with: the Nazis were real, and it really did happen, the Holocaust:

Okay, there was and is a Spanish Inquisition in the Philippines. I saw a giant, black cathedral there, and didn’t manage to have a camera on me at the time. The cathedral was screaming quite loudly about the poor victims inside it that it must have eaten. It was complaining about them. All those screams of protest, or closed mouths of stoic indifference. Or something. Something else. I checked out the Catholic Church on a website, and yes, they still have the Inquisition going. Maybe nowadays, only to ask priests if they like having sex with little boys, but who knows what they’re doing…they still have gangs of power.

Anyway, I think Malcolm X may have seen the same cathedral, back when he was alive and studying to be a lawyer, perhaps, while travelling the world. He was the kind of Moslem dude who was possibly in danger from it, but not really…as he was American. But I was American, traveling there, and saw the red black and white pointing down Jesus Christ statue, the one that claimed all Filipinos, especially the white ones, seemingly, had killed him. I was being told, “YOU KILLED ME!”

Jesus Christ of the Philippines in other words. The statue was hate ridden, pretty dynamic, and pointing down at the audience, namely me and about 50 or so Pinoys. That’s short for Filipinos, and they were all quite short as people go, not much taller than me. Not much, about my height. I am only 5 foot 5, and used to be 5 foot 4, so I am obviously a type of midget that grew. Size is relative, and so our blog, Serious World Politics, is actually based on the Catholic Inquisition. Which was already shot all through Europe in the Medieval Ages, including Germany, and thus Martin Luther happened. You may have heard about Dr. King, but he was named after him.

Martin Luther stood up to the worst possible inquisition, the German one. Maybe it was. It’s hard to tell. But there have been rumors for centuries about the Spanish Inquisition.

Maybe they are very good looking, white and all racially pure – or something else – under that massive cathedral in the Philippines. It may be stuffed with a lot of dead Filipinos. However, they found something out; but while we were in there we were forced to worship a short stuffed white man with a big nose, wearing a white robelike garment, in a cathedral that was blacker and more encrusted with the slime of human flesh, apparently, than anything else. It seemed like they used that to make the black weeds grow all over it, and look incredibly intimidating, even though the tiny little weeds were all dead. I got close and touched them; they were teensy small flowers, blacker than Hades. Must have been specially chosen by the Inquisition. That was their job; be ridiculously scary. I think H. G. Wells might have seen it, he wrote about those Morlock people, the ones who lived underground in a fiction novel.

Anyway, the helper who had taken me away from our family, visiting there in the Manila area and subject to being kidnapped by some local Moslems who were doing that around those times, wanted me to patiently file in there with a long line of Philippinos who were headed inside to worship. The door was wide open when I got there. We entered one very large but kind of narrow room, sort of like a church. It did have two lines of pews, and the usual aisle between them, but for some reason we never sat down in the pews. And nobody came out of the back, in order to preach or whatever to us. We just stood there, but I had ended up somehow in the front rather than in the back of the line. I think I had to see what was on the stage this time, what was up there that had anything to do with Jesus Christ the Nazi-colored statue, which was accusing everybody of killing people in the Spanish Inquisition. It was a Spanish Jesus. But the others had parted the way, really, misleading me up to the front pews in the cathedral.

So I was standing up front there, looking at what seemed to be a smaller statue. It could be that it was simply a stuffed person, oh no, that’s not it, one who had died so many long years ago, back in the 14th Century perhaps, preserved for centuries by embalming fluid. Or it could have simply been another statue on a stage made out of something, oh perhaps the famous Biblical shittim wood. The thing looked like the shortest and scrawniest dead Jew who was white, had been cut to pieces but also sewn directly back together in parts, was still smiling like they needed him to be, after stuffing something up something, history of torture stuff I guess – mostly part Filipino dwarf that I had ever seen. Are people down there, in the larger underground sections of that cathedral? It was huge, must have held some 200 rooms above ground alone. What if they come out of those shadows…I decided to feel more bored than afraid. Whatever happened, I was not going to call lots of attention to myself. I would remain calm.

Maybe they took a normal Filipino, somebody who had protested either the statue or the ways in general of the Inquisition, or both, cut him up and made him much smaller, changed his nose around to make it look Semitic…and died (sorry, dyed) his originally brown skin white, to make sure the object of worship was white. And through systematic terror, coming into people’s homes at night wearing those tall, conical caps like the KKK wore later, covering their faces…maybe they made the people in that area come in and worship that dead, altered local man. If they didn’t go, they disappeared, and their relatives and friends knew this.

Why were we still doing that, a little boy across from me asked? I was the only American in the room, and yes, I did know something about this. He and the others were looking at me, as if I had the answers to their questions…yet, I said nothing. And I resisted the urge to climb with that little boy onto the stage, to check out the statue or stuffed “dummy” close up. I would have had trouble climbing back down, anyway. Obviously, the helper had brought me there to, well, either answer those questions…or to become the Spanish Cathedral’s next chosen victim. I had family at home, and wasn’t “into” the overall concept. I kept quiet, planning to return to my husband and daughter, and eventually leave this very, very strange place.

What they are probably still doing in that huge, monstrous sized cathedral has got to be both unmentionable and unspeakable, like H. P. Lovecraft gave a mention. I think that stuffed corpse, centuries old and put on a stage so we could all “show respect,” probably to his tormentors, was originally brown. They died him white, like they forced so many other people to be white, act white, and do the things Catholics do: dress as Catholics, pray as Catholics, etc. If you go to the Philippines, it’s mostly Catholic and American influenced – a McDonald’s and a Starbucks on every corner…and also, the Remains of the Inquisition.

That whole incident brought out my full scale paranoia. Was I being lured into becoming the next white statue? I was the only white person in the crowd; they’d surely just have stood there while “people” came out from the back and dragged me into the huge remainder of that hideous cathedral, making me into the next object of painful worship. Maybe that was the whole idea. I didn’t go along with it, didn’t look up to see what may have been watching from above, didn’t go into either of the side exits. Whoever was opening the doors to the crowd did it silently from the inside. I filed out just as silently with the other people, and didn’t observe who or what closed the cathedral doors. The whole thing was like a Twilight Zone episode, and I can only figure whoever was in there lived underground, and didn’t want us to see what they looked like…pale, pasty, and subhuman anymore.

Are you still reading this? Maybe the children of the Spaniards are nowadays down there, running things. Churning out their own “kids,” having learned, well something, something about torture. How it’s incredibly fun, maybe even still lucrative. They used to pay the tormentors you know, and they still have enough money to do so. Maybe they live down there, and maybe they are Morlocks who feast on human flesh. Repeatedly. Making women pregnant, and then eating some of their babies for food. That could really last for a very long time. Tunnels and undergrounds and intersections. For all I know, they intersect with our ground right under the Seattle area. I got interested in these things due to a journalist and writer named Rudolph Hess. They were real…Hess one was one of the Nazis who started the Holocaust.

The Spanish Inquisition was every bit as real…you think?

Executive Director of Ghost Writer, Inc., Karen S. Cole writes. Ghost Writer, Inc. is an online affordable professional ghostwriting services agency. We help book authors, ghostwriters, copy editors, proofreaders, coauthors and rewriters. We do book covers (front and back), graphics and CAD, digital and other photography, and publishing assistance. GWI has book and screenplay writers, editors, developers and a paid analysts service. We also do high-end pitch and presentation services for your book and/or screenplay ideas to major TV and film industry representatives.